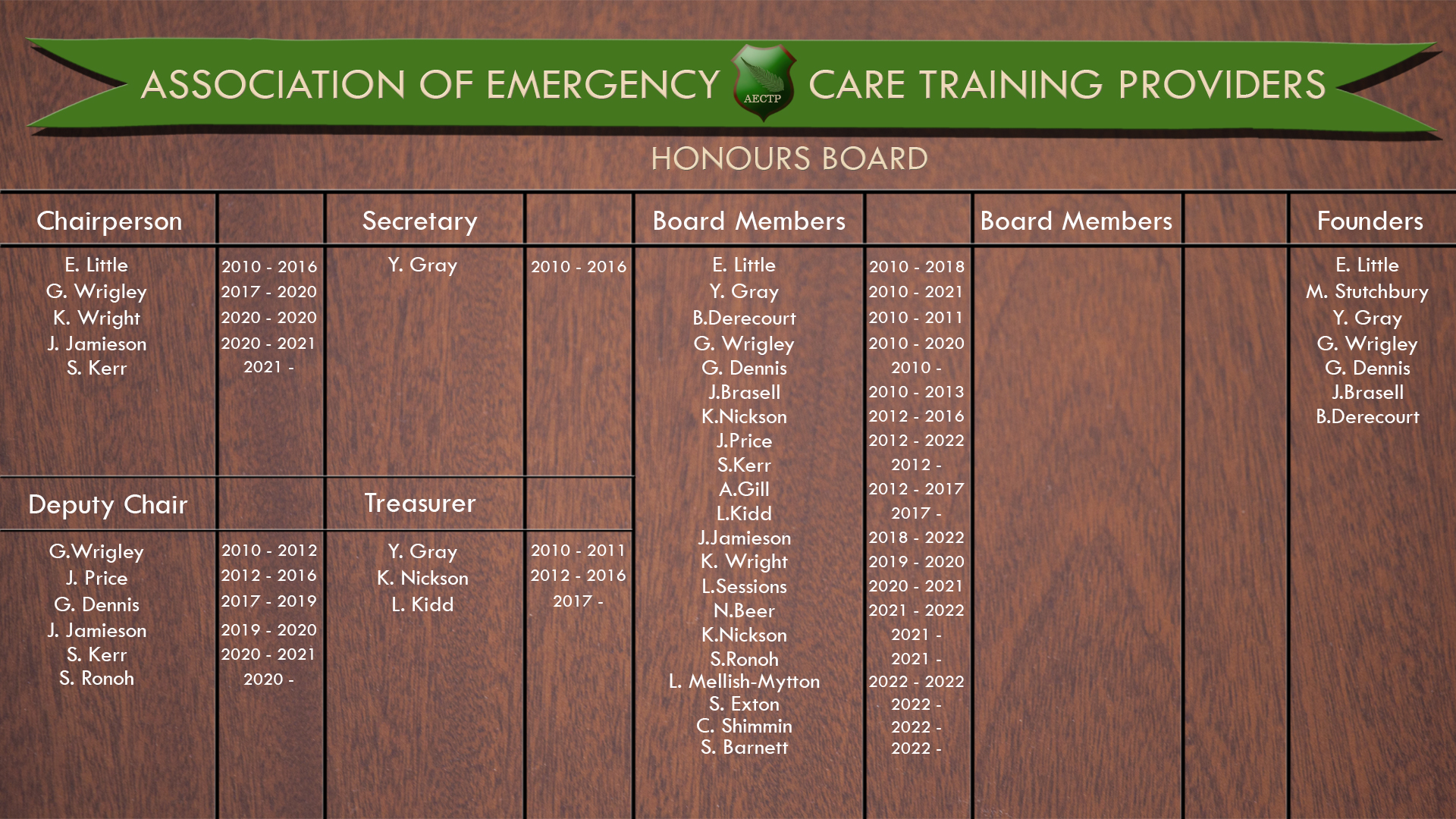 In early 2009 a weekend meeting amongst PECANZ members took place in Christchurch. Concerned with non-compliance issues that had been prevalent for several years, they wrote a proposal to bring the first aid industry together. Members of the PECANZ Board had been working alongside both St John and Red Cross on the same issues, with relationships built. Discussions took place between the three groups, and later in 2009, a Steering Group had been formed. This group became the founders of the Association of Emergency Care Training Providers. The board above recognises the people who have worked tirelessly to create the organisation as we know it today. Those added to it over the coming years will hopefully take the organisation from strength to strength and ensure our industry continues to have a strong voice in the education sector in New Zealand.